In this episode I interviewed John Mossoud, the 6 Congressional District Republican Chairman. John is a hard working solid conservative and we had an interesting conversation.

I am writing this on behalf of each Republican and conservative voter in the 6th Congressional District of Virginia.  The people of the 6th Congressional District are the base of the GOP, and they are good people.  They go to a job, they work hard, raise their families and save what little excess they can earn for a rainy day.  Some invest in a 401k.  Others invest in mutual funds.  Some invest in real estate.  Others in savings accounts.  Many others because of what has happened to this economy thanks to the COVID virus have nothing to save.

At the end of the day, everyone with a 3rd degree education can see that inflation is an attack on savings accounts and an attack on the economic survival of each American.  Inflation comes from too much government spending alongside a bad economy.  We were troubled by the deficits of the Bush years, and horrified by the trillion dollar deficits of the Obama years.  We loved Trump but would admit that Congress needed to do a better job of managing our spending during his years in office.  We knew that Biden would be a  tax and spend liberal, but we didn’t expect you to go along with his reckless spending.  We also understood that COVID was serious.

However now that we know the virus, while serious, is not the bubonic plague or even the Spanish flu of 1918-1920.  We also know that too much spending will put this country into a dire economic place that we may not be able to climb out of.  So the fact that upwards of 17 Senate Republicans (yourself included) would go along with this $1.25 trillion monstrosity.  This bill will regulate crypto currency to death.  The bill will raise taxes on job creators, chasing them back overseas.  This bill cannot be paid for without massive taxes which will be coming.   How any GOP Senator can vote for this bill is beyond words.

And while I would not argue that we do need to do some repairs to our roads and bridges, the fact is we already have too much spending going on, and we should be focused on bringing spending and thus inflation down, not ratchet things up.

While this is directly on the back of the White House, it is also the fault of reckless Republicans who pay no attention to the fact that we are supposed to be the party of fiscal discipline – not the party of reckless deficit spending.

The Republicans of CD 6 elected me last year to speak on their behalf.  So on behalf of each Republican inside CD 6, I am telling you that each Republican Senator (including yourself as you voted for this God awful thing) should resign your post – as you have proven that you are not interested in maintaining fiscal sanity, but seem to work only for the K street lobbyists.  Your support of this ridiculous spending bill has only made it tougher to get Republicans elected in 2022. 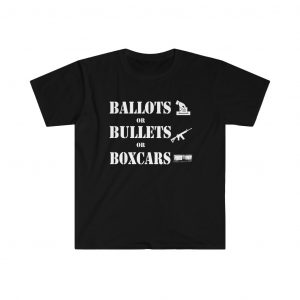